As the Chicago Cubs enter the 2021 minor league season, there are some within the organization who feel that this is a transformative year. If you haven’t read this incredible piece by Patrick Mooney and Sahadev Sharma, you definitely should (subscription to The Athletic required and encouraged). I reached out to a few Cubs contacts and provided summarized sentiments about a few players. I’ll try to avoid duplicating from their article, but as you can imagine, Cubs executives are excited about many of the same players.

Based on feedback from scouts, executives, and notes from around the game, I’ve updated the 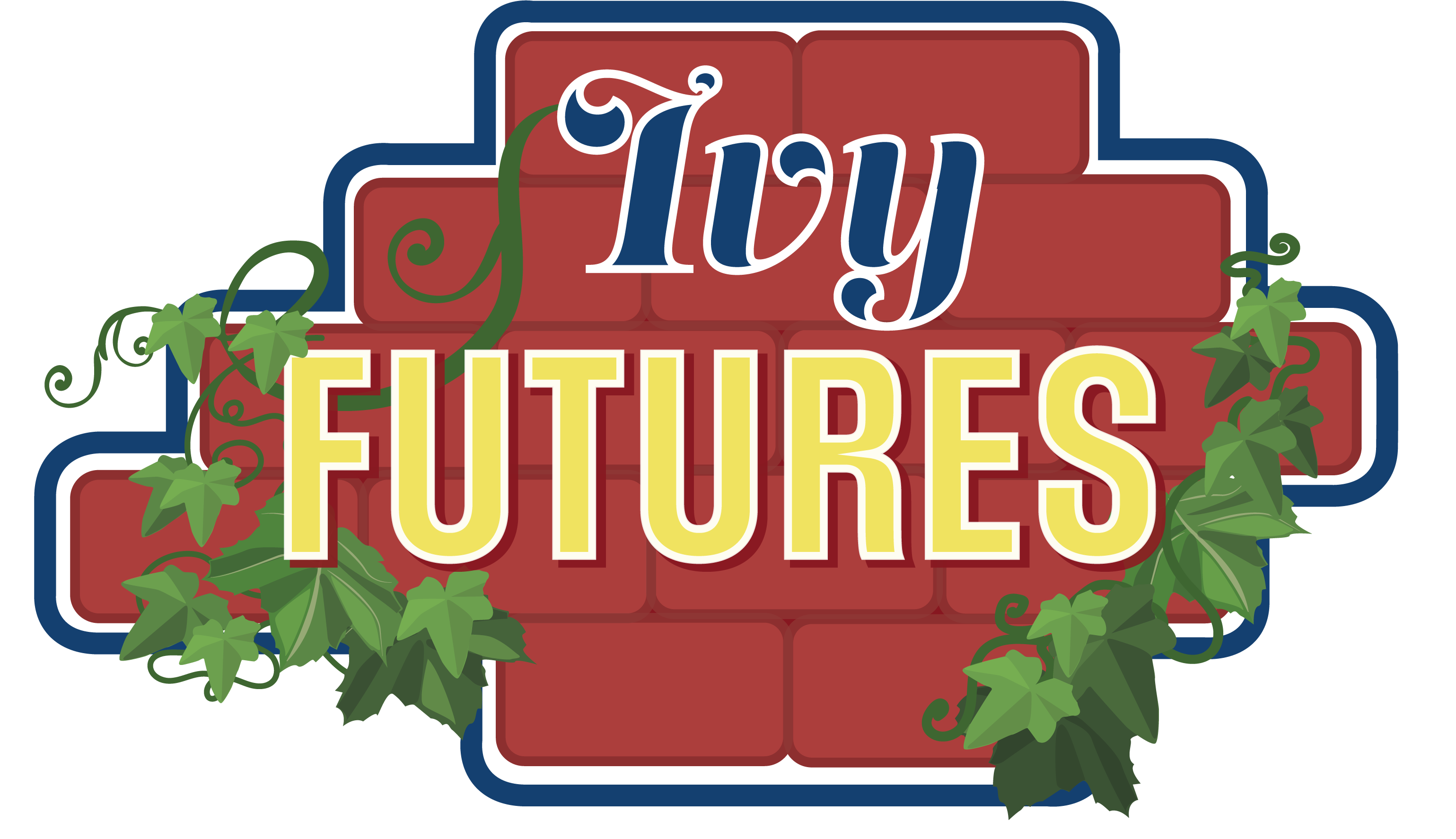 prospect rankings. Check them out below.

If you’ve been skeptical of the Cubs’ ability to produce pitching, you aren’t alone. It’s hard to justify significant faith in an organization that touts Duane Underwood Jr.’s 36 1/3 innings as its crowing achievement in homegrown talent, however there is real belief within the Cubs system that the infrastructure in place (led by Craig Breslow) has allowed numerous pitchers to take significant steps forward.

Richard Gallardo opened eyes this spring. There was a lot of hoopla when he reportedly touched 96 mph, but he’s sitting in the 92-96 mph range. Gallardo was a divisive prospect. His stature as the top international free agent pitcher in 2018 suggested a higher ceiling, but Gallardo looked to be a back-end starter, albeit one with a surprisingly high floor. His control and command where unusually advanced as he reached short-season Eugene at the age of 17. He is primarily a fastball/breaking ball pitcher now, but look for the Cubs to continue to add to his repertoire this summer.

The relievers in the Cubs system don’t get the credit they deserve, but multiple bullpen arms took steps forward during the shutdown. Brandon Hughes was an outfielder in the Cubs system before he converted to pitcher. He spent considerable time during the shutdown smoothing out his mechanics, which unlocked extra velocity. Hughes routinely sits mid 90s now. That velocity will definitely play from the left side. Speaking of velocity gains form the left side, Cubs officials are similarly impressed with Bryan Hudson. Hudson came out firing in instructional league play this past fall and continued his strong showing this spring. Hudson will begin the season at AA Tennessee and is one call away from a debut at Wrigley if he’s clicking this summer. He will be joined in the Tennessee pen by Ethan Roberts. When Roberts was drafted in the next wave-defining 2018 draft, the Cubs were intrigued by his pitch metrics and characteristics. Roberts continued that success with a strong showing in the 2019 season. His high-spin offerings allowed his pitches to play far above the high 80s to low 90s velocity. Roberts worked hard to add velocity. This spring he sat in the mid 90s in live outings, while continuing to carry his strong pitch characteristics. Roberts to a name to definitely have on your radars as the calendar turns to August and September. Joe Nahas, Eury Ramos, and Chris Kachmar also received shoutouts from Cubs officials.

I’ve written about Max Bain and Cam Sanders, but if you aren’t buying in yet, you should. There’s still time to hop on the bandwagon. Both pitchers had Cubs execs floored with their stuff in live outings this spring. Sanders in particular was able to hold both velocity and stuff till the 5th inning. Sanders was always known for plus stuff and struggling command, but he showed some encouraging trends with his velocity tickling up and control/command taking a step forward. Bain is one of the most incredible stories in the system, but he’s making a name for himself strictly for his time on the mound. Bain will sit 96-99 mph with a plus slider/cutter. He also throws a curveball. He was able to hold velocity for multiple innings this spring. There are some in the Cubs system that believe both pitchers have the potential to be top 10 prospects this season.

Hitters on the Rise

Make no mistake, Ed Howard may receive praise – perhaps even doubly so as a hometown player-, but that adulation is well deserved. The Cubs are huge believers in Ed Howard’s ability. According to some within the organization, Howard is the most naturally gifted defender they’ve ever seen, which will serve him well as he climbs the system. There is immense value to an organization to have a prospect who scouts feel is a no-doubt shortstop at the big-league level. However that defense will only do so much for his future projection. The Cubs are also excited about the progress he’s made with his swing and believe that he can hold his own in an aggressive assignment to Class A Myrtle Beach.

Cole Roederer could certainly make a case he is the most overlooked prospect in the system. The former UCLA commit and second-round draftee had his share of ups and downs in 2019, but he came into Spring Camp on a mission. Roederer showcased different swing paths and and even better ability to drive the ball to all-fields. When Roederer got his first taste of full-season ball two years ago, he fit the definition of a pull-happy slugger. Now he’s able to face off with high velocity offerings and use his naturally beautiful swing to a greater advantage. Roederer received Andrew Benintendi coming out of high-school and he looks to be in a great position to meet those loft expectations.

I’d be remiss if I didn’t mention Ethan Hearn. The young catcher drafted in 2019 has taken considerable strides in the last year. Much of that can be attributed to his work with Justin Steele during the shutdown and in the offseason. Hearn impressed Cubs officials with both his improved hitting mechanics and his commitment to the pitching staff. High school catchers are always a riskier demographic in the draft, but Hearn is proving to be well worth the investment.

Yeison Santana and Luis Verdugo will no-doubt be overlooked playing on the same infield as Ed Howard, but Cubs officials feel each of these young players can stand on their own. Both Santana and Verdugo performed well in spring camp and I was told not to discount them. The Cubs are loaded with up-the-middle prospects (many capable of playing shortstop). The organization had a lot of choices as to who would break camp with a full-season team. Santana and Verdugo earned their assignment.

Early in the season I’ll be tuning in to watch the Myrtle Beach Pelicans and South Bend Cubs. The now Low-A and High-A affiliates have a ton of talent that I cannot wait to see take the field. Ivy Futures Interviews guests DJ Herz and Ethan Hearn are now battery mates for Myrtle Beach. Ed Howard, Santana, and Verdugo, make up a dynamic infield for the Pelicans. Yohendrick Pinango is another player the Cubs are believers in as they enter 2021. The young prospect should patrol the outfield in Myrtle Beach. South Bend is comprised of prospects who may not spend much time in High-A. Ryan Jensen, Chase Strumpf, Burl Carraway, and Max Bain could each see themselves play their way to Tennessee. Early in the season, the lower levels of an emerging Cubs system will be must-watch.

I try not to discuss player injuries until they are announced (unless a player specifically would like to address it). There are a few notable absences to these rosters. Most of the players that were expected to make a full-season assignment and weren’t on the roster are dealing with “soft tissue injuries”, which are viewed as quite minor. There are a small number of players who developed more serious arm injuries, which should be announced soon. I hope you’ll join me in wishing the players a speedy recovery. In a season where most players will be on the field in almost two years, 2021 will likely be injury laden. Hopefully the Cubs players, in particular, can avoid the IL.